- Developed based on Si-PC with excellent shock and chemical resistance at low temperatures, overcoming weaknesses of previous flame retardant PC

- Targeting electrical/electronic, automotive, architecture and other outdoor markets in need of both low-temperature shock resistance and flame retardancy

- Possible to be processed in thin films such as sheets and profiles, planning to expand market by supplying base resin to compounder companies 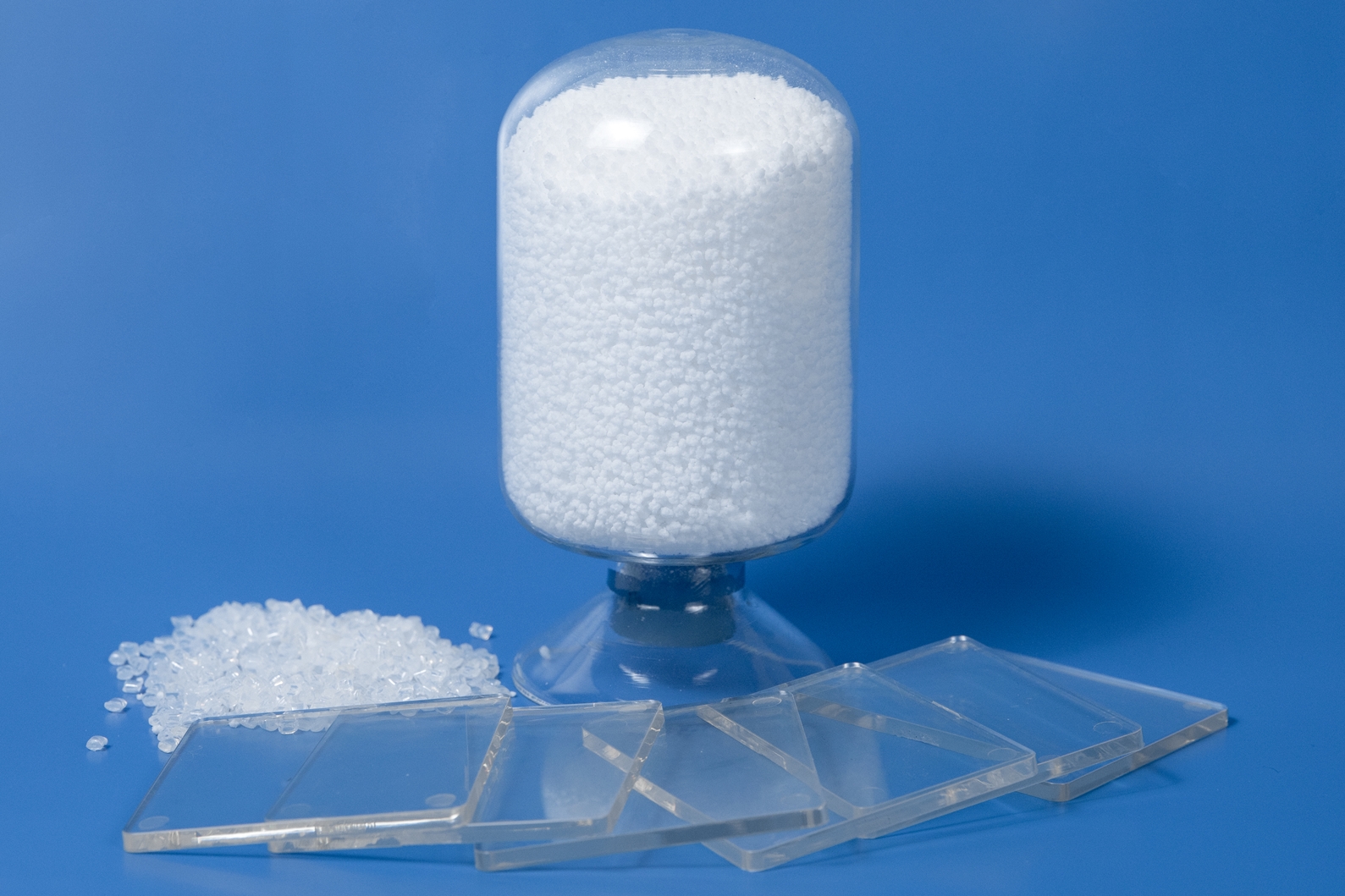 Samyang Corporation aims to achieve eco-friendliness and high performance by developing environment-friendly, transparent flame retardant polycarbonate (PC). PC is a type of engineered plastic typically used in interior and exterior materials of cars and home appliances, as well as soundproof walls, parts in medical devices, etc. as it is transparent and strong against shock and heat.

Samyang Corporation (Head: Kang Ho-sung), a chemical and food division of Samyang Group, announced on the 20th that it has successfully developed eco-friendly and transparent flame retardant PC, free of toxic substances, and established a full-fledged mass production system. The eco-friendly and transparent flame retardant PC will be manufactured at Jeonju EP Plant of Samyang Corporation and Jeonju Plant of Samyang Kasei.

Samyang Corporation’s eco-friendly and transparent flame retardant PC was developed based on silicone PC (Si-PC) that the company had localized in 2012 by changing the substance bonding structure without adding any flame retardant materials. Thus, it shows more outstanding impact strength and chemical resistance at low temperatures than typical PC.

It has also satisfied “V-0” standard, which is the highest grade in the “UL 94” vertical burning test. UL 94 is a plastics flammability standard developed by “UL (Underwriters Laboratories)” in America, a safety standard development and authorization agency, and V-0 grade is given only to the plastics on which burning stops within 10 seconds of setting a vertically placed specimen on fire.

In addition, it maintains similar mechanical properties as the common PC even if it is processed in thin films, including sheets and profiles, of about 1mm in thickness, which enables it to be utilized not only for functional packaging materials but also in many other industries that require transparency and flame retardancy.

For the expansion of the eco-friendly, flame retardant PC market, Samyang Corporation will provide it in the form of base resins (plastics constituted of single materials) to other chemical corporations. The chemical companies supplied with the base resins will be able to manufacture and sell compounds (products with improved properties by mixing base resins with additives) according to the features needed by final products in construction, automotive and aviation industries.

A representative of Samyang Corporation stated, “Samyang Corporation’s eco-friendly and transparent flame retardant PC does not use any toxic flame retardant substances so it is free of environmental issues while maintaining the strengths of common PC that can be processed in a transparent and thin manner. Because it is developed based on silicone PC with great shock resistance at low temperatures, it may be used in a variety of applications, including building exterior materials and outdoor lighting.”